the reversed reality of achilleas razis / the greek foundation 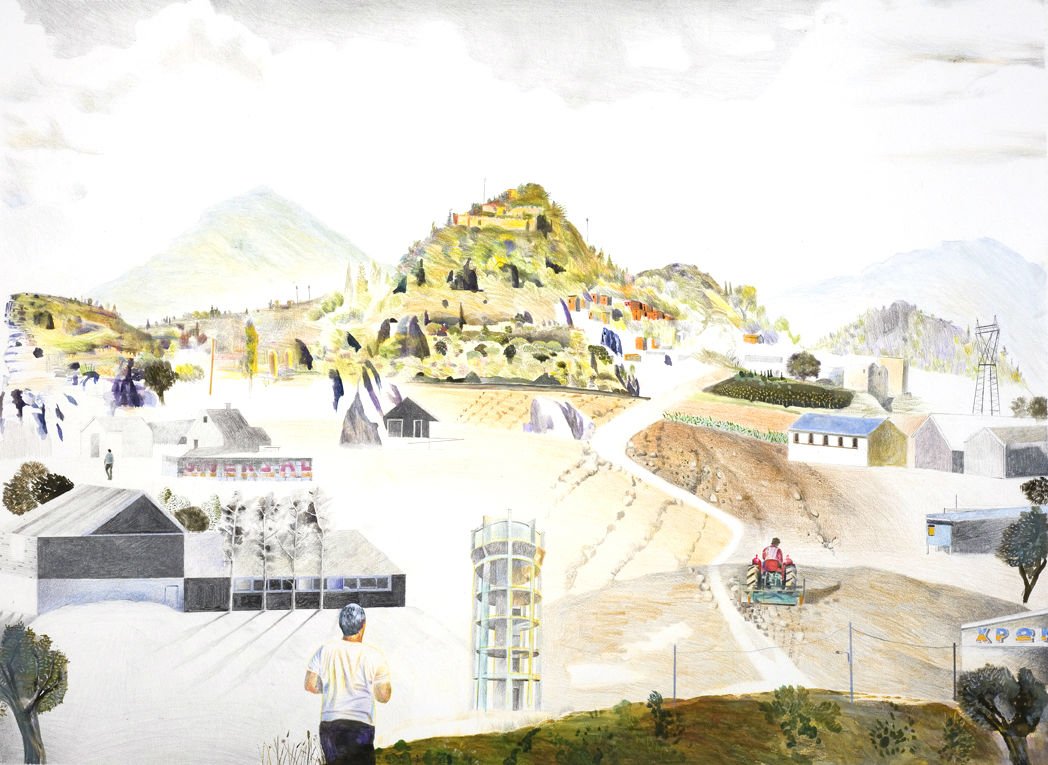 In Achilleas Razis’ paintings, familiar people and environments, strong lights and shades, all occupy the canvas in a way the questions the actual reality of the depicted. And that is due to the fact that, while this universe of images appears familiar to Greek viewers, it has actually been reversed. We are faced with a remake of reality, largely the product of a detached perspective. The painted world of Achilleas Razis is made of elements that form an ambiguous and fragmented reality, as is perceived in public spaces: squares, commercial streets, stands, folk markets, clubs, entertainment spaces, canteens, little stores, public services, assembly halls, all make up the environment that hosts an interaction with the occasional users of the public sphere, who in this case are not represented in a symbolic or allegoric manner, but rather in samples. And that is because, by renouncing the view of public space as one entity, it appears to contain the pieces of a fragmentation, a dissolution into separate functions. Such a “dissolution” could only affect and determine the behavior of its users or those involved in it. The latter, syndicalists, plump couples in shiny swimwear on vacations, bathers, loafers gambling, simple passers-by, kids on skateboards and playing ball, all seem to disregard their surroundings.